Some of our bodyshop and workshop technicians swapped servicing and MOTs to get under some exciting racing bonnets, with an exclusive visit to the Vauxhall British Touring Car Championships (BTTC) factory.

With 2017 being the first time since the early 2000s that Vauxhall have been represented as a manufacturer in touring cars, our team members caught a glimpse of the 2017 Vauxhall BTTC Astras, as well as Tom Chilton's winning Astra and the #18 car, which is driven by 18 year old Senna Proctor. The engine in the #18 is designed to be removed, have components replaced and be put back into the car in less than an hour and a half.

Our team also saw how all machinery is thought out to help reduce racing times by thousands of a second, with a tour of the Sub Assembly area demonstrating a shock dynometer and HEL braided brake hose machine. 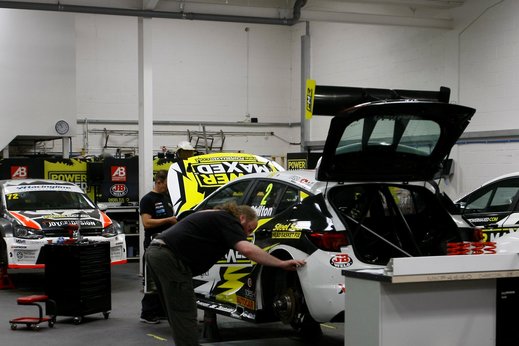