We’re celebrating the achievements of a technician at our Stratstone BMW dealership in Hull who has successfully completed our Training and Loyalty Award (TLA), earning himself a £10,500 bonus.

David Uney began working for Pendragon as an apprentice technician in 2011, before being selected to take part in the scheme thanks to his hard work and unwavering determination.

The TLA rewards hard work and loyalty from team members, and is only available to eligible applicants through a nomination from their leader at the beginning of their relevant training. Monthly credits are awarded and cumulate in a pay out at the end of the designated scheme period, between four and eight years.

David’s award comes after seven years on the scheme, which have seen him progress to a senior technician at BMW Hull, fully trained in MOT testing, diagnosis, repair and Hybrid vehicle technology.

David himself now mentors new apprentices, who are able to shadow him and learn from his journey.

He said: I’ve had the opportunity to learn and improve my knowledge and experience at Stratstone, attending hundreds of hours of BMW training courses and have risen through the ranks to become a senior technician at Stratstone BMW Hull. I have now even started to take on my own apprentices to shadow me, which I think is beneficial for them and also for the continued progression of my own career.”

David is plans to spend his well-deserved bonus on a holiday and home improvements. 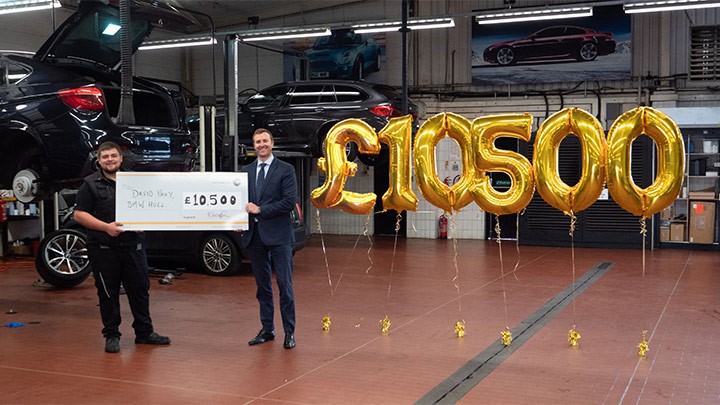