We are proud to announce that a customer service team member at Evans Halshaw Citroen Hartlepool recently handed a cheque over to the town's Royal National Lifeboat Institution after months of fundraising.

Stephen, Sales Team Leader at Citroen Hartlepool, climbed mountains in Romania last year to raise money for the RNLI - a cause that is close to his heart. Stephen and his father were both in the Royal Navy and live in Hartlepool. They both have friends who volunteer for the RNLI and this spurred Stephen and his colleagues on to help support the cause.

Over the Christmas period, Stephen wanted to raise further funds for the cause. He organised a BBQ and games night at Evans Halshaw Citroen Hartlepool to raise more money and his teammates rallied around him at a pub-sports night at the local cricket club to increase the total.

Stephen recently presented a cheque for £1600 to RNLI Hartlepool and this will go a long way to helping the charity to save lives at sea. The RNLI spends its donations on equipment, training, lifeguards, and much more, keeping people safe in dangerous conditions.

"Everyone at Citroen Hartlepool is extremely proud of Stephen and he has raised an incredible amount for the charity.

"The RNLI does great work in the area and I'm delighted that the money will go some way to helping others who look after our local people." 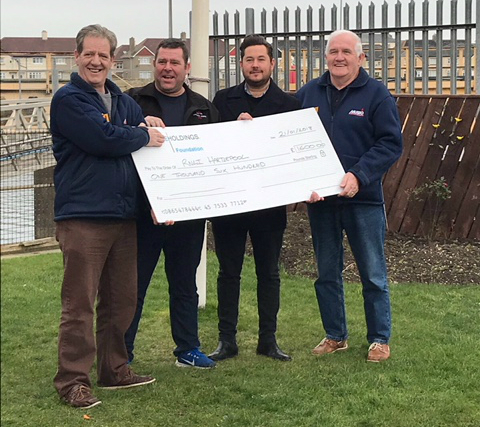