Evans Halshaw Car Store are thrilled to announce that they won Used Retailer of the Year at the Motor Trader Industry Awards 2018.

On the evening of 12th July, the leadership crew at Car Store headed to the Grosvenor House Hotel, London, after being nominated for Used Car Retailer of the Year by Motor Trader magazine.

After guests unfortunately watched England lose in the semi finals of the World Cup, the winners were announced and the Car Store crew were over the moon to find out they had won.

According to the Motor Trader magazine, Car Store has demonstrated excellence in their field and provided excellent customer service.

A few weeks ago, the judges went to look around Car Store Shrewsbury to see how the brand represented itself and what the crew were trying to achieve with Car Store as a retailer and it turns out they liked what they saw.

Car Store director, Chris Caygill, had a few words to say on the award: 'Wow, that was great! We are all pleased as punch to have been recognised for making a difference in the motor industry and we can't wait to keep up the good work.'

The crew had a fantastic evening in the big smoke and the Car Store leadership crew were looking sharp for the occasion. They are all delighted with this accolade and can't wait to try and scoop up more awards as they grow. 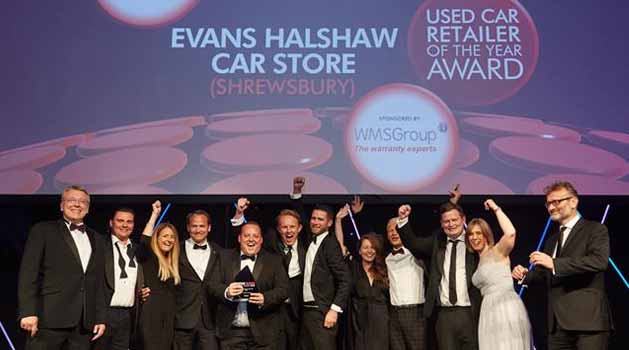