Eight of our Evans Halshaw apprentices attended the the event, who have all successfully graduated after passing all modules over their three-year apprenticeship.

Despite having only recently completed her apprenticeship, Charlotte is now the Parts Supervisor at our Leeds dealership. She was originally shortlisted for Parts Apprentice of the Year after being nominated by both her mentor from the Vauxhall Academy, and the Service Leader at Vauxhall Leeds for her work ethic, enthusiasm and drive.

As part of her nomination, Charlotte took part in further tests at the Vauxhall Academy and went on to win Apprentice of the Year.

"We're thrilled that Charlotte has achieved the recognition she deserves for her hard work and unwavering commitment during her apprenticeship and beyond. She is a real asset to the team and clearly that is obvious to her colleagues.

"We're proud to be able to offer apprenticeships within our business, which offer a step onto the career ladder with clear direction and support to succeed. They also benefit the business thanks to the talented individuals, like Charlotte, they bring to our team." 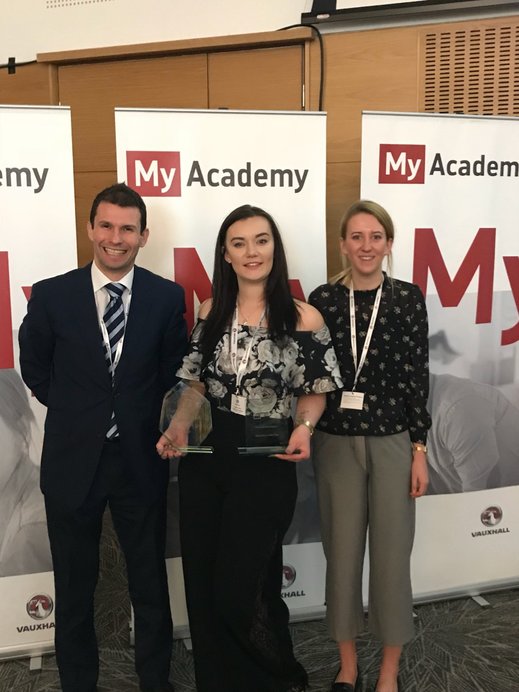